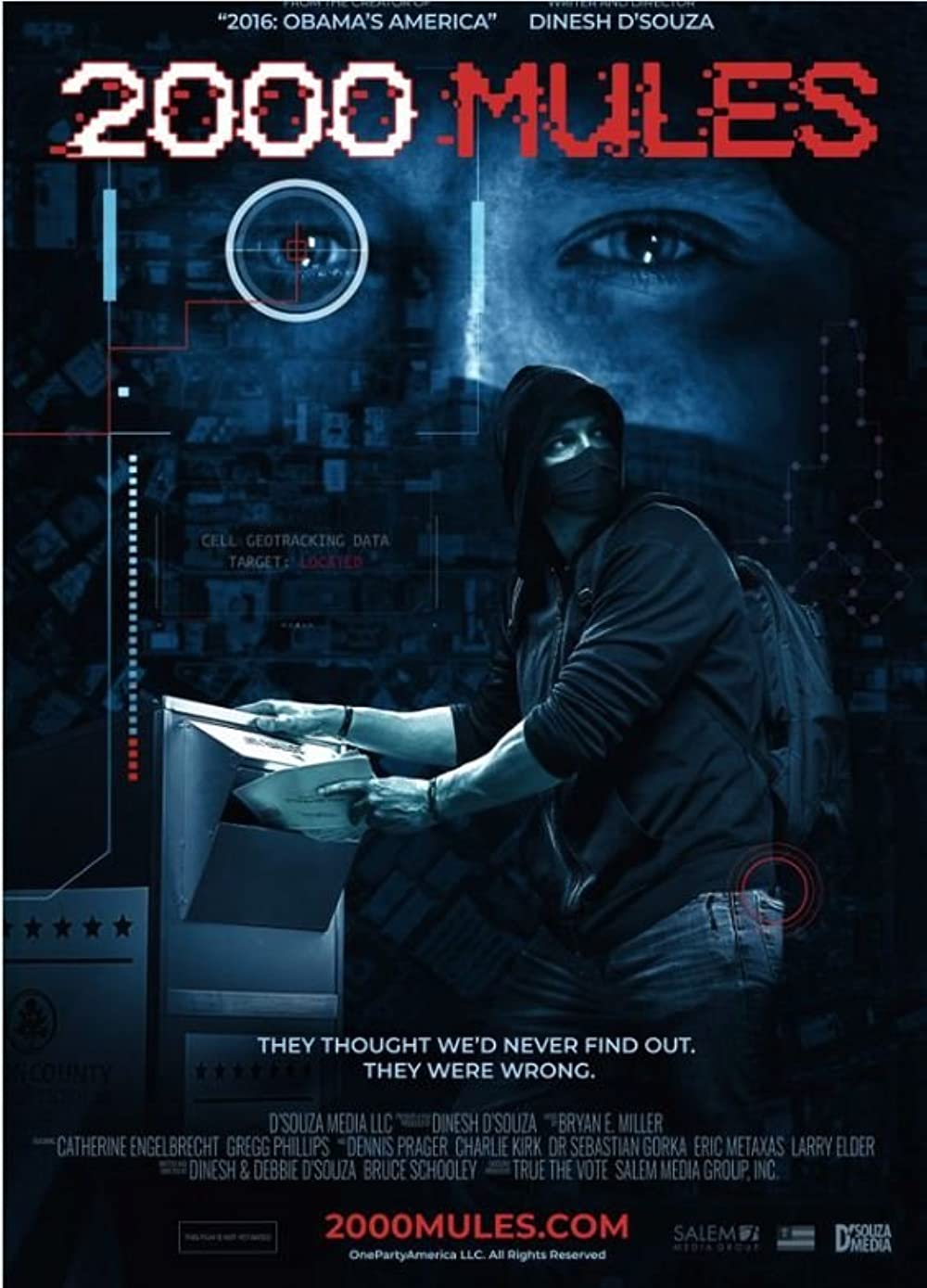 Dinesh D’Souza Film – Documentary on the alleged criminal voter fraud and ballot stuffing during the 2020 USA Presidential Election, which may have changed the legitimate outcome.

2000 Mules documents research from True the Vote, a conservative election intelligence organization that has compiled evidence of organized ballot trafficking in at least 6 states: Georgia, Arizona, Pennsylvania, Wisconsin, Michigan, and Texas. In Georgia for example, True the Vote alleges there were 242 traffickers who made 5,662 trips to ballot drop boxes between the early morning hours of 12AM and 5AM, potentially unloading hundreds of thousands of illegally harvested ballots over the course of several weeks.

* These states showed more illegal votes from this strategy alone than Biden’s winning margin, based on True the Vote’s high bar in defining a mule (at least 10 visits to drop boxes). If the bar is lowered to count those making at least 5 visits, the estimated affected votes increases by more than double. 1

Writer and Director Dinesh D’Souza, who had been relatively silent on election fraud until 2022, said he was swayed by the thoroughness of the data, the fact that it was “enough to tip the election” and “systematic, comprehensive, and well-presented enough” to convince any “reasonable person.”

The event is finished.