Op-Ed written by a Citizen Researcher

Link to School Board zoom meeting by the three stooges here:

Want to know the real reason why thousands of Douglas County students were sitting at home and not in school on February 3? It’s BECAUSE the Douglas County Federation of Teachers union, working in cahoots with 3 Douglas County School Board members, have their knickers in a bunch over a recent change in the district’s equity policy! Don’t believe me. Just read the union’s flyer! 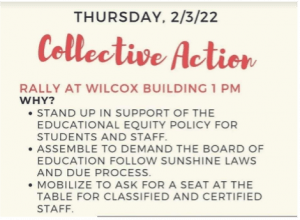 And how many showed up to this rally? About 250 – 300 people, which was a mix of high school students who should have been in school, parents, and pro-Marxist critical race theory teachers. Slogans such as equity now, we stand with Corey Wise the superintendent, and We stand with teachers were held by the rally attendees. Hardly any support was given to students, who have already suffered so much since the onset of the plandemic. Not sure why the call for equity though as they seem to already have that down pat. 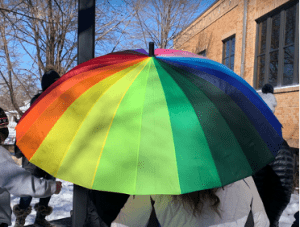 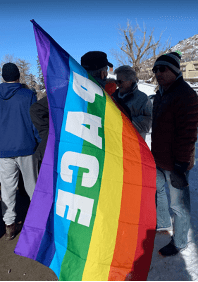 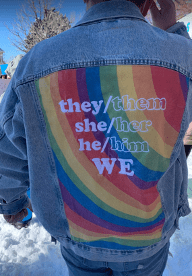 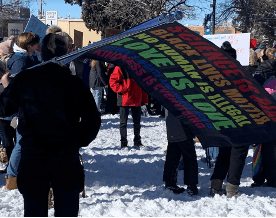 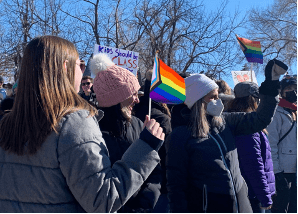 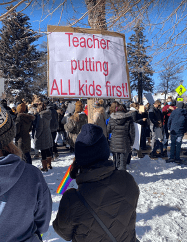 Here’s the thing. The Douglas County Federation of Teachers union isn’t working on their own. They have friends in high places such as Katherine Dorman, who is Vice-President of the Colorado state chapter of the American Federation of Teachers (AFT). Yes, THAT teacher’s union that forced kids all across the nation to not be taught in school for over year, forces kids to wear diaper masks on their faces, pushing COVID-19 poison inoculations on students, and is indoctrinating Marxist critical race theory in students heads in school districts all across the country.  Yes, that AFT! Here’s the proof. Dorman’s tweet on February 1, giving a shout out to not only Douglas County Federation of Teachers union, but also Randi Weingarten, President of AFT. 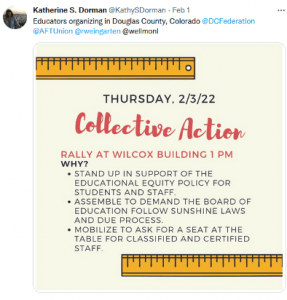 What led up to this rally? Well, see, this is where it gets interesting. Schoolboard directors David Ray, Susan Meek and Elizabeth Hanson, the 3 stooges, who are sore about losing their majority on the district’s school board in the recent election last fall, one of whom is the former President of the school board, David Ray, held an open zoom call on January 31 at 5:30pm, where they alleged that two of the four newly elected board directors gave the superintendent, Corey Wise, an ultimatum to resign or be fired. Over 1,000 members of the community were on that call. Ray and the other two stooges babbled on with their misinformation campaign about how egregious it was that Wise was told to resign under false pretenses and how Sunshine laws may have been broken.

Right after that call, at 6:30pm, the head of Douglas County Federation of Teachers union, Kevin DiPasquale, and Katherine Dorman, held their own zoom call, of which about 90 teachers on the call. Thing about the call was, only vetted teachers and substitute teachers were allowed on the call. How exactly did they know who was or wasn’t a teacher? Not quite sure but one could surmise both DisPasquale and Doorman somehow had a list. Anyhow, on that call, DiPasquale informed teachers that the number one reason for the call was to standup in support of the educational equity policy for students and staff. When a teacher, who claims to be the leader of red for Ed (a Marxist teacher movement) for her school, asked if calling a sickout was best for her students, as they’re already behind, Dorman stated that ‘Everyone (students) would equally be behind’.  Doesn’t quite match up with what the 3 stooges was saying now does it?

Even the media was in on the charade. Here’s 9News promoting it on their twitter, even BEFORE the Douglas County Federation of Teachers union zoom call ended!!!  The union call began at 6:30pm and didn’t finish until well over 7:30pm on January 31.How did Kyle at 9News tweet about the union call at 7:10pm on January 31, BEFORE it finished? Who FED him the information? 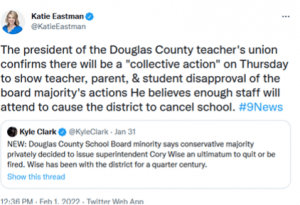 Now here’s the thing – what was their angle? Why would they not hold this kind of discussion in a board meeting with all members? BECAUSE they want to indoctrinate school children with Marxist critical race theory!! They are upset about the recent school board’s resolution on equity that took place on January 25, 2022. This resolution focuses on treating students equally and on student’s individually, NOT the divisive, identity, racially driven Marxist equity policy passed by the former board, and what the 3 stooges believe in, is appropriate to indoctrinate students with. Make sure to take a listen at minute 26 of the AFT/DougCo FOT meeting where a participant was “highly disturbed” at someone’s comment that they wanted to hear the “other side.”

So many questions. Why did Board Member David Ray, purposely go out of his way, to hold a zoom call, and call out that Corey Wise’s job was on the line? What was Ray’s angle? Why would Ray expose a Douglas County School District employee like this? What does he gain? Furthermore, since the two zoom calls and sickout rally, which forced students to miss out on a day of school occurred, Wise has been silent. He hasn’t said a peep. Why is that? Wouldn’t a superintendent speak up and squash the rumor that Ray and the other two stooges concocted? Why isn’t Wise calling out DiPasquale for leading a teacher sickout? Why is Wise letting the slander against himself and the new board members continue? Isn’t this behavior from a Douglas County School District Board Member and superintendent rather unbecoming?

Well, here’s probably why. Corey Wise and David Ray repeatedly held one on one calls. Corey Wise also held multiple calls with teacher union big wigs; Kallie Leyba – Executive Director of the Colorado American Federation of Teachers (CO AFT) and Sarah Mesmer – Secretary/Treasurer of CO AFT. Leyba became Executive Director of CO AFT in May of 2021. Prior Leybe was President of the Douglas County Federation teachers union and was part of this union for at least 8 years. She’s also tight with the AFL-CIO union.

So, the bottom line is, we need to stay vigilant, we need to stay active!! These union snakes and board member stooges created chaos this week in Douglas County! And we need to protect our children from this Marxist critical race theory!

SEE BELOW THE SCREEN SHOTS OF CORAS THAT DEMONSTRATE Wise’s ties to CO AFT. 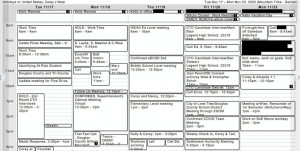 THE MEETING. Why did Corey meet with Kallie Leyba and Sarah Mesmer from AFT & DCF on Wednesday, November 18, 2020?

Why did School Board Director Ray say that a Sunshine law was violated when two Board members having a meeting w/ Wise seems to be thing with the old board? 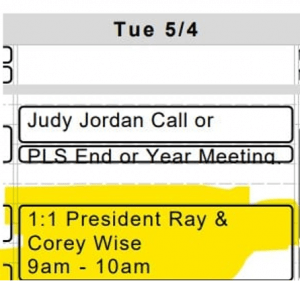 Why is Kallie Leyba, the then Douglas County Federation Director, and now Executive Director of Colorado American Federation of Teachers (AFT Colorado), on Superintendent’s Corey Wise calendar December 7, 2020 and February 1, 2021, and March 4, 2021? 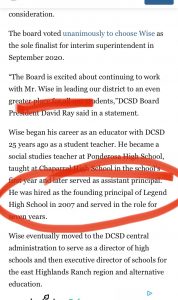